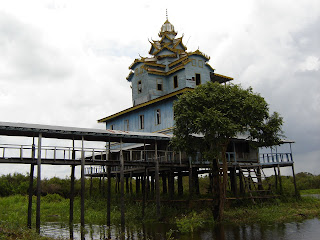 During the course of my work, I teach grammar. I find grammar sort of fascinating, so it's fun for me. But it's not fascinating to everyone, so I have to do it in bits and find different ways to offer it up.

One thing that is sort of difficult for me to understand is that people don't have a basic understanding of what some parts of speech are - like a noun. What is a noun? I find it quite interesting - a noun is a person, place or thing. I usually sing it when I say it to my students. I almost can't help it.

When I was growing up, the cartoons on Saturday morning were interspersed with Grammar Rock (and, of course, lots of commercials for sugary cereals). One of my favorites was the one about the noun. There's also one about the verb, the adjective, the adverb, conjunctions and interjections. They are cartoons with people singing about what these parts of speech do. They're all about three minutes long and well worth checking out on YouTube. (This is only new information if you were raised outside of the US in the Seventies - or if you were in the the US in the Seventies, but were under a rock.)

What I would really love to do is have my students watch the cartoons several times. But even in the one about the noun, they sing pretty fast, so I don't think it would work for most of my students. Maybe if I put them all in a beanbag chair wearing their pajamas and eating a pop tart it would work. But my love and respect for them might have to do - in a large part - with nostalgia. Still, I've been watching them to get inspired about how to explain them to my students. (Sort of strange to have to do that when it's basically the same in Dutch, but I'm finding that people really don't know the ins and outs of the language they speak every day.)

This series is so amazingly cool. They also have the multiplication tables (here's three and eight) and bits about the history of the USA - like how a bill becomes a law. And there's science - like electricity and Interplanet Janet, which tells all about the planets. I lost an entire evening on YouTube. There's lots there - and lots to learn.

The photo above was an old house in Cambodia that was being used as a school by some monks. We went in and I read some stuff off the board so they could hear a native speaker. It was one of my favorite days. It was just as exotic and cool as you might imagine.
Posted by Andy Baker at 7:02 PM

I love "conjunction junction, what's your function?"! I used to sing these with my niece when she was 3. She's now 27! Thanks for the memories.

Andy, I have these on DVD. You're quite welcome to borrow them. You could make the kids orange juice frozen in ice cube trays with a toothpick.

(and conjunction junction is my favorite too)

The more I find out about your childhood, Andy, the better I understand why you turned out like you did...

My kids have watched these on DVD, and even without the bean bag chair and poptarts (ok, replaced by a pottery barn couch and a cupful of Lucky Charms) they have the same sticking power. I need to pull them out for Grace- maybe over Thanksgiving...