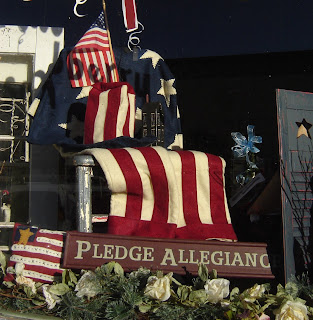 I can think of about five other things to blog about right now, but I feel compelled to write about the inauguration. It's topical - and I'm a topical guy, aren't I?

One of the "things that I do" on an every day basis is listen to the news via podcast. I think I've said this before, but I'll summarize it to make my point. I listen to three: Rachel Maddow on the radio on Air America, Rachel Maddow on TV on MSNBC, and Keith Olberman on TV on MSNBC. And I think I'm going to give Ana Marie Cox a try. She used to be Wonkette (which I never read) but Rachel has her on quite a bit and she just her own show on Air America. She's smart - and she always seems to be flirting with Rachel. I think it's like this straight girl crush thing.

The point is that all the talk on the podcasts today (which are really yesterday's since I get them all a day late) is about the inauguration. They're all talking about the celebrations and about how even Republicans and Conservatives are "supporting" Obama's presidency. They may not be excited about it, but they're accepting that it's happening and they want the country to get steered in the right direction.

The way that I am experiencing this is through my mother, who once said, "Every time I saw Bill Clinton come on the television I turned it off and if Obama is elected, I'll do the same with him. I don't want to hear anything he says." (It's that open mind of hers that I like to think I inherited.)

I was talking to her on the phone last Sunday. (She's doing well, by the way. She's up an at 'em and feeling much better. Thanks for the well wishes.) She said, "He seems like a family man and I like that. He seems like a good father to those girls. I think he might do a good job." She might never vote for him, but she's not as closed off as she once was. And she's totally turned on by the "family man" thing. She loves that. Who cares what he thinks about the economy or foreign policy or if he can find a way to end the war? If Sasha and Malia are being taken care of, he's all right with her.

My plans for this evening have changed a bit. I don't have choir practice. Our director is ill. So I have class until 6:30 and then I come home and sit on the couch and knit while I watch as much television as I can stand. Fortunately, Fred will be at the gym for a good amount of that time. Fortunately for him. He can only take so much of American politics before he's bored. I just want to see every little thing over and over.

If I were in NYC or DC, I would be attending something, but being here is different. I don't run in those crowds here. I'd be alone in a crowd. I'd rather be literally alone - and knitting. At any rate, It'll be a nice evening for me. I'm looking forward. I've got some pretty straight forward projects going so I can watch everything.

I'm looking forward to the speech. Obama has set the bar so high that everyone is expecting a real barn burner. It better be good. But so many people will be on such a high that it'll probably be like meeting somone on ecstacy (...or so I've heard.) They look really beautiful and seem really interesting. Then you wake up the next day and say, "He said what?"
Posted by Andy Baker at 2:51 PM

Today was amazing. I watched, with several people at work, and I got chills. Mom has definitely come around. I believe Obama is going to make a difference, not right away, but in time. I love him as our new President. I am anticipating a great four years. Love to you and Fred. Kath