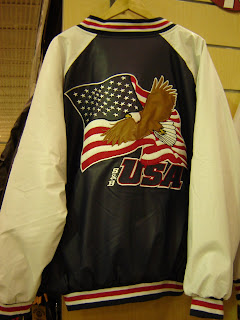 This evening coming home from choir, my friend, Dorothy, said, "There's no one on the streets. That's because everyone is in front of the television watching the American election." There wasn't really anyone on the street, but it's possible that it was because it was a gross night. It was foggy and misty and wet like it was this morning until about noon. It's a great night to be in.

I was thinking about today four years ago when it was Bush vs. Kerry. My father was very pro-Bush and I was voting for Kerry because I'm a Democrat and there was no was in the world that I was going to vote for Bush. I think that tonight it's completely opposite. I'm very pro-Obama and it seems like my father is just voting for McCain because my father is a Republican and he's very anti-Obama. But I don't really get the sense that he's thrilled with McCain. It sort of sucks when it's like that. You just vote for a guy because he's not that other jerk.

Poor Kerry. He was so uninspiring - just like McCain. Every time I see McCain he just seems so sad and decrepid. I thought his appearance on Saturday Night Live was really sad. It was even more self-depricating than Sarah Palin's appearance a few weeks ago. I'm ready for Sarah Palin to go back to Alaska and quit being on tv all the time. I want her to be a subject of a Where Are They Now show in about ten years. And I'm also ready to see much less of Cindy McCain.

I'm not sure how late I can stay up. I want something to happen - some returns to come in and some definite "We're calling Idaho for..." I wish I had MSNBC. Rachel Maddow and Keith Oldberman are on there. I'll have to do with CNN. CNN's coverage is a little too much with the magic screens. I miss Tim Russert.

By the way, that coat in the picture above was in a store at a mall in Texas. Pretty fabulous, huh?
Posted by Andy Baker at 11:25 PM

Hello Andy! I have the feeling the whole world is relieved and kind of united today. There's a national holiday in Kenia! I am so happy I cried. And I have never even been to the US!! I was so nervous yesterday, my alarm rang at five today and after quick check and a sigh of relief I just slept on for another hour. Very relaxed, though... I hope one day I can be as pround of being Austrian as you must be now of being American. Groetjes, Doris