How's That Crisis Working Out for You? 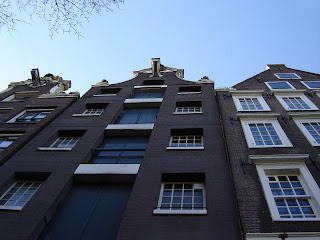 This whole Economic Crisis thing is strange to watch for me.

When the OJ trial was going on in 1995, I watched it every morning while I was getting ready for work. The Today Show always had an update as I stood there and ironed. It was something people talked about and read about in newspapers. New pieces of evidence would be introduced and we would talk about them. It was interesting and entertaining, and it didn't seem real to me. I watched it every day and I was completely detached from it, like you're detached from watching a show like Dynasty or Dallas.

The run up to an election is entertaining to me in the same way. It's got lots of drama and side stories, but it feels more real. I'm more emotionally involved. I was deeply disappointed both times Bush won. And I was deeply happy when Obama won - so happy that it was almost worth having to wait eight years to get a president I liked. Some other politicians hit me that way, but I tend to get involved in presidential elections the most.

I listen to a lot of newsy podcasts. I watch The Rachel Maddow Show, and Countdown with Keith Olberman. I love watching their shows on my ipod. It's like a tiny TV. I've also taken to listening to NPR Shuffle, which is a mix of Morning Edition, All Things Considered, and some other shows that are sort of lefty and intellectual. One of my new favorites is Planet Money. It's sort of depressing sometimes, but they talk about this whole crisis in very plain terms.

I've been listening to all this stuff about people losing their houses and bank problems and lay offs. This is a really big, involved drama. And recently, it's been feeling like it's getting closer and closer. People I know talk about losing their jobs. I know people who've lost their jobs. Our neighbors bought a new apartment and can't sell the old one - and we live in a fairly desirable building. It's crazy out there, man!

It feels strange to see the world in such a precarious place. Five years ago, when I left NYC, the world was also precarious place and my life felt really precarious because I was leaving the US and moving to Europe. Oddly, I feel like I'm in a much better place although the overall level of the economy and the world seems like it's in a worse place.

I know this will all turn out in the end. Things will level out.
Posted by Andy Baker at 9:54 PM

You might find this article interesting, about Iceland and the economic crisis
http://www.vanityfair.com/politics/features/2009/04/iceland200904?currentPage=1