An Evening of Dutch Humor 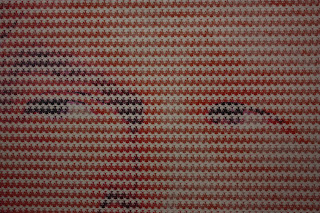 This evening Fred and I went to see a show at the Carré with his friends, Leo and Michiel. We saw The Ashton Brothers. Here's a little clip that's not what they were doing tonight, but it gives you a taste of the type of thing they do. I don't think they're really brothers.

I had planned to see a Dutch theater thing this year, and then this came up. It wasn't theater at all, in terms of a story line or that we could follow anything. It was mostly acrobatics and visual illusion stuff. (At one point, there was a screen that was about four feet high and they had some wheelchairs and they did some funny stuff with that.) They also did some quick costume changes, which I'm always fascinated with.

The Ashton Brothers are musicians and singers and they definitely do the whole Dutch humor thing. However, it was not as annoying as some Dutch humor can be - to me. Fred picked this group because there weren't a whole lot of words involved in the show. It was a lot of physical humor. The three Dutch guys I was with laughed a lot more than I did.

If I were really PC and offended by a lot of stuff, I would say that a portion of the humor is based on making fun of the mentally challenged and a larger portion of it might give one the impression that it's okay to abuse people in wheelchairs. However, I'm not offended by it. I just don't think it's that funny.

Fred said something about vaudeville when we were leaving the apartment and that was good because it gave me a reference for that broad comedy where someone drops something on stage and then the mug the audience really slowly. Very slapstick. It was sort of how I Love Lucy looks to me now. There's very little subtlety.

I sometimes wonder if I'll ever be able to enjoy what passes for Dutch humor. When comedians talk, they generally speak too quickly and it's filled with idioms and expressions that I'm not familiar with. Plus, they're talking about things I either don't know about or things that don't "tickle my funny bone" the right way. But it's mostly the visual part that - I'll go ahead and say it - offends me. It's broad and looks amateurish, or it seems like someone who is just doing their shtick.

I'll continue to try. I'll be here for a while. Maybe I need a class to be able to understand it.
Posted by Andy Baker at 10:55 PM

I have watched Claudia de Breij and liked it a lot. Different style, though she is also a musician. Persevere ! The more you are exposed to the language the better you will learn it !