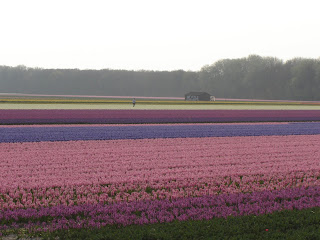 Fred and I will be married seven months tomorrow. It'll be a normal day. We're going for a long bike ride since it'll be nice weather. We cleaned house today and then we ran some errands, ending up at a movie and then going out to eat dinner. We have a nice life. Marriage has been good for us.

Sometimes people ask me how I like being married. I always say that it's good. I like it. I really do feel more connected to Fred than I did when we were just living together. But I felt more connected after we'd sat down and discussed it and decided to to it - so it wasn't the actual ceremony or legal document that did it. It was more the idea that someone wanted to spend the rest of his life with me - someone that I also wanted to spend all that time with.

For the most part, we just go to work and come home. On the weekends, we clean the house and cut each other's hair (okay, that's pretty gay - but they're both buzz cuts) and then we run around doing errands or shopping. We go on vacation or do local things like bike to the bulb fields. It's what I imagined marriage to be like. It's swell.

When I was just a young gay lad, the idea of me getting married never crossed my mind. It was an interesting idea, but it wasn't anything that I really thought about because it wasn't something that was done - anywhere. (Sort of like how some students asked me three years ago if I ever thought the US would have a Black president. I said, "Well...maybe some day...but...")

I just saw something on Countdown with David Shuster that was a clip from The Colbert Report that was a spoof of a hateful commercial put out by the National Organization for Marriage. The link to the whole show is here. The commercial is near the beginning of the show. I am so tired of bigoted, prejudiced people that I could just spit.

Alastair just sent a clip of Keith Olberman doing a Special Comment after Prop 8 was passed in California. (Special Comment is code for "if this is aimed at you, you better put on some asbestos underwear") Mr. Olberman is very dramatic and is sometimes a bit over the top, but he's right on the money in this clip - and if you haven't seen it, you ought to take a look. He goes on and on about how utterly stupid it is to be opposed to same sex marriage.

One of my friends who I've known since I was 19, came out to me a few years ago. She said she was really nervous about telling me, because she'd lost so many friends over it, which I just can't imagine. To me she was and is still exactly the same person I became friends with 20 years ago, if she is gay now, then she was back then so there is no difference, only that now I know she is gay and then I didn't. She's been in a long-term relationship for a while now and they're expecting twins any day now. Even her girlfriend's own parents didn't agree with that - how can you condemn your own child's life like that? They're two people who make each other happy and are going to make great parents who will provide a very happy home for two kids to grow up in. Why do some people seem to think it's their right to criticise that, whereas if she'd been in a straight relationship and expecting twins, nobody would have batted an eyelid? Why do people have to be so judgemental?

Hi there.
I just discovered your blog via "Elf in Amsterdam" link. I think your posts are very sincere. Keep doing this good job and pop up in my blog for a visit !

As another newlywed, it really makes me so happy to hear about other happily married couples! It sounds like you two are having a wonderful start to your marriage, although with lovely fields of flowers and bicycle rides, how can you not!

I completely agree with you- how anyone can oppose gay marriage is beyond me. Marriage is about choosing to link your life to another because you love them and want to be committed to them, and I don't see what that has to do with being gay or straight. When you think about how hard it is for anyone to find someone to love that will love you back just as much... so many people never find it. You did. And that deserves to be celebrated, I think.