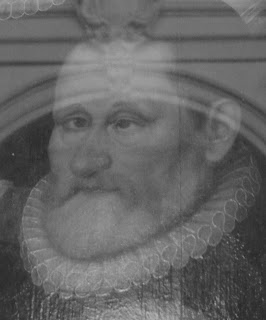 Warning: This gets political

In eleven days, there will be elections in the US and we will have a new president-elect. Not the biggest news. I am fairly confident that Obama is going to win. Rachel Maddow - the radio talk show and tv personality - maintains that McCain will probably win. She's got all of this stuff rattling around in her head about the voter-fraud accusations, the voting machine tampering and the whole idea that if you get really confident and tell people that it's a shoe-in, they'll stay home and not vote. So she's a wet towel. I believe that some people decline to exercise their right to vote, but I think it's really wrong. I'm not even in the camp that says that it's your choice. I think it's a terrible, harmful thing to do to not vote.

My mother and I were talking the other day and we both agreed that our one vote doesn't seem like much - and, in fact, may not matter. First of all, she votes in Texas and I vote in New York. Texas always goes Republican and New York always goes Democratic. We are not swing state voters. But to complicate the matter, I vote absentee. I'm not even sure how those get counted. My understanding is that they are not really counted unless it's really close - like if there's less than 1000 votes seperating the two candidates and there's more than 1000 absentee ballots. (I've heard that in New Mexico, they're counted first. Love that.)

But still, we vote. We're taking part in this huge process that is our right and that our ancestors - seriously our ancestors - fought for. And I know a lot of people who would love to able to vote in a US election.

What I don't get - and I've not gotten this for months - is how people can be undecided. What the heck are they looking for? I have a friend who calls herself undecided, but who has never voted for a Democrat. She never would. I think she just likes to think of herself as open-minded. She even argued to me that Barack Obama took his oath of office for the Senate on the Koran. I said, "No. That was the Muslim, not Obama."

I want to smack undecided people. My parents and my father's wife and my brother and probably every extended relative are voting Republican this year. But they know who they're voting for. My lovely sister, Kathy, and I are voting Democrat. We know who we're voting for. How can people not know by now?

I watch a lot of political coverage, more than a lot of people who live in the states. It's interesting, intense and it doesn't go on all year long. All this Sarah Palin coverage is fascinating to me. I think she's a buffoon, but she's an interesting figure and she's fun to watch. Fred sort of feels sorry for her, so he reacts to all these attacks like people are kicking a puppy. I say kick and kick hard. Her grammar is deplorable - and she's conservative in a really offensive way.

John McCain used to be someone I could stand, but he's gotten really annoying lately. I'm enjoying watching him trip up and misspeak and lie (he and Palin both lie a lot). I can't imagine those two in office. It would be such a disaster. And people already think Americans are sort of nuts. Really - for those of us who live abroad - just give us a few years break from having to make excuses or shrug about the shenanigans going on in the White House.

And Cindy McCain? The other day, John Stewart, of the Daily Show, showed a clip of Cindy McCain saying that something Obama had done sent a cold chill up her spine. Stewart then said, "That must have been a really cold chill." She's so horrible. I can't imagine having to look at her icy plastic mug for the next four years. I am ready for her to go away.

On the other hand, Obama is smart and capable. He's a hard worker and he inspires confidence. John McCain does not inspire any confidence in me and he's getting really crabby and defensive lately.

A woman I know in my choir really wants me to vote for McCain. As I am possibly the only American she knows, she keeps trying to sway me into voting for her choice. She's a Black woman from Africa and there is more about McCain that appeals to her than Obama. I don't get it. She can't or won't explain it. She just says, "Please, Andy. For me?"

So if you can vote, go vote. I'm very liberal on a lot of things, most things. I'm very much in favor of letting people do what they want. But not voting? It's crazy. It's offensive to me. Tell me almost anything, but don't tell me you didn't vote when you could have.
Posted by Andy Baker at 1:57 PM

I wish more people would vote, but I don't really want someone voting who doesn't care, is uninformed, or is unable to choose between 2 candidates who could not be more different. Those people can stay home.

You really think Rachel Maddow thinks John McCain is going to win? We are watching her right now and I am just not hearing it. If my street is any indication, I am proud to report that we have 6 Obama signs to 2 McCain signs (including my next door neighbor if you can believe that). If McCain/Palin win, I am moving to Amsterdam.

I have to vote in a local by-election here in Fife on Nov 6th. Its confusing as all the candidates all very samey..no one has the guts to stand out from the crowd in British politics. I only know I will not be voting for the parties that want to veto the smoking ban!! I do however aim to consider my vote very carefully.
(P.s GO Obama!!! You'd have my vote)

Remember 1948. Obama is Tom Dewey, the sleek, well-groomed inevitable One, who lost.
The wet towel may be right.

Hey Andy!
Good post. I couldn't agree with you more --- I find it offensive when people don't vote. There isn't too much our country asks of us --- pay taxes, show up for jury duty, and vote for those you want to represent you in the government.
I often think about all those people before us that fought for the freedoms and choices we sometimes take for granted.
And, ya...I wonder about those people claiming to still be undecided. Are they just trying to mess with the polls?!