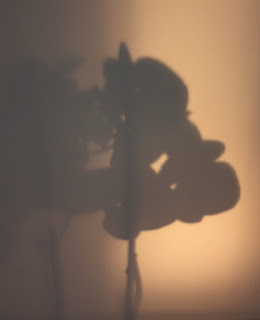 And in the theater, I want change my seat
Just so I can step on everybody's feet.
- Eartha Kitt Classic - Purrrrrrr

This evening, Fred and I went to the ballet. We saw Giselle. Fred bought the tickets online a few weeks ago and got two seats on the aisle in the first balcony. They were just right of center (like my politics are...not) and they were pretty perfect. We sat down at eight and then about five minutes later (ten minutes before the performance was to start) the rest of our row arrive - in twos and threes. I love people who arrive at things at the last minute: movies, theater, ballet. Please show up at the very last minute. It makes me feel superior - not that I don't already.

I feel fortunate to have been exposed to ballet so much in my life. It's completely random and has come without much effort on my part. In NYC, I had a good friend who took me to a lot of ballet. And Fred is good for seeing ballet too. We've gone to some stinkers, but there's been some really good stuff as well. What I really don't like is "modern ballet." An old friend of mine once said, "Usually what they mean by modern is cheap." Modern ballet, to me, is hardly ballet. It's modern dance. I don't see ballet when I look at it. I see a giant clock with the second hand ticking really slowly. It's usually just a lot of gobble-dee-goop - so call it that.

Giselle was really good. It was (unlike a lot of stuff here) classic ballet. I've stipulated to Fred that any ballet that I attend from now on must be classic ballet. It's not in our pre-nuptial agreement, but it might as well be. The sets were really wonderful. The first act takes place in the square of a small village and the second act takes place in a grave yard. They were stagy and theatrical. I can also really respect that they put a little effort into it. It wasn't just a black stage.

The basic story is that Giselle has a boyfriend/suitor, but is being courted by a count who is pretending to be a peasant. At the end of the first act, she finds out that the count who has been courting her for the past hour is already engaged. She's so shocked and heart broken that she dies. (Been there.) The second act is in the graveyard. Giselle is in limbo and both of the guys visit her grave, dance with her and beg for forgiveness. The boyfriend is killed by a bunch of spirits and the count is protected by Giselle until the sun comes up and the spirits have to go back to their graves. Giselle disappears and the curtain falls.

The costumes in the first act were great: mostly peasant outfits, although incredibly clean and well fitting for peasants. The second act was mainly girls in white tulle. If I die and come back as a fabric, I want it to be white tulle.

At the beginning of the second act, a woman in white (not Giselle) comes out and dances for a bit and then, as she's standing in the middle of the stage, white smoke (from dry ice or something) comes slowly billowing onto the stage. Then a couple dozen girls, all dressed in white tulle with white tulle over their heads, appear on either side of the stage like a bunch of very refined Cousin Itts. It was a really beautiful moment. I can really appreciate that because a lot of times I am sort of underwhelmed by stuff I see here.

I like seeing a bunch of girls dancing in unison. It's the same way I like watching synchronized swimming and seeing those Chinese performances where there are hundreds of people doing the same dance (think Olympics). It's very precise and very clean. This ballet was also good for seeing guys jump through the air and sort of hang there for a second. They did a lot of that. And I like watching girls jump around on point.

As I was sitting there watching Giselle get her heart ripped out by some guy who misrepresented himself, I kept thinking about the function of art in my life. Beautiful things (and it's all pretty much a matter of opinion) are important to have around. And telling the truth about who you are is also really important too.
Posted by Andy Baker at 11:09 PM

Amazing how life imitates art, isn't it? And I LOVE that you put in there that if you die and come back as fabric, you want to be white tulle. I will remember that and put it in my ulogy at your funeral - a hundred years from now.