Networking in the Recession 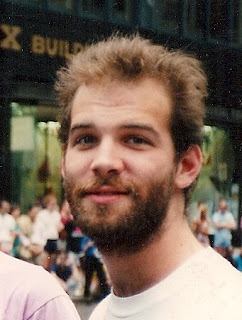 I've had some interesting action on Facebook recently. In the past two days, I've had two guys from high school (who I never talked to while I was in high school) friend me. I got the notification that they had friended me and thought, Who is that? I remembered the name, but it was a name that felt distant. Like someone who ran with the popular crowd or someone who I avoided because I didn't want to get beat up.

And now - through the magic of Facebook - we're friends. Not exactly BFFs, but...we're on each other's lists and we can peek into each other's lives - at least in a Facebook way.

A couple of real friend, have told me about people from high school who have friended them and there's a part of me that mopes a bit because their not my Facebook friend. It's just like high school. And one really good friend has even refused to friend a person or two. She wrote me and said, "If [name of person] friends me, I'm ignoring her." Just like high school. Except this particular person was nicer about it in high school. Of course we had to see them back then, so we sort of had to be nice.

My friend, Ross, wrote me today and said, "[name of person] friended me today." I whined a little (to myself) because I was jealous and suddenly 17 again. He said, "It must be a networking thing, especially if your looking for work. They have mentioned it on the news." Okay...I don't have a job for him, but still...Ross is a hair colorist! [Name of person] is probably about as much a hair colorist as he is an English teacher.

I'll sort of friend almost anyone who friends me. (I have a 176 now.) A couple of people have friended me and I've asked, "Do I know you?" If they don't have an answer, I don't friend back. I don't like the random friending. I think there's something creepy about it. You can't see very much on my Facebook page, but I don't want just anybody looking at it.

I've also just joined Twitter, although don't expect a lot from me if you do that sort of thing and want one more person to follow. (I'm AndyinAmsterdam.) I sort of don't get Twitter, or why someone would want to know that I just got out of class or that I'm shopping. I have to figure it out. I have to see how people do it. I like the limit of 140 characters.

This online networking this is interesting. The basic connection is really interesting as well. I have all these FB friends who are from high school and it answers a lot of what I've have been wondering about regarding what happened to these people after high school. I like that I still know them even in this really superficial and slightly artificial way.

And there is a slight possibility that I could get some 'work' from a Facebook connection - we'll see how that works out. Fingers crossed. I love this new era we're in.

Since when has "friend" been a verb?

'Friend' has been a verb for a few years, Alastair. And as for your second comment, I still turn a head or two on occasion. Can I get a witness?

So what happened to "befriend"?

With that look you could have tried out for "American Werewolf in London"! I think you have always been a looker. I know my friends have always thought so. :-)