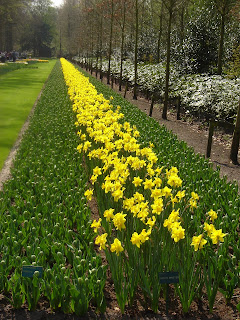 I had three student 'contacts' today. All of them were individual adults. Two were lessons and one was a half hour intake. It may be immodest of me to say it, but at the end of the day I looked back and said to myself, "I think all three of those people had a good time during their lesson/intake." I think it's important to have a good time. Sometimes I leave a lesson and I feel like I'm covered in goo, like some bad energy from the room is all over me and I need a bath - not today.

My general way of being with students is to be encouraging and positive. "You'll be fine," I say. "You're making good progress." Of course it has to be true, but the two regular students I had today really are making good progress and I told the intake he'd be fine because I think he will be when he starts talking and getting used to talking. He's like the Tin Man in The Wizard of Oz. He just needs someone to sit with him and constantly put oil on his jaw until it's loosened up and he can speak with some fluidity.

Sometimes in an intake I'll say, "Have you ever seen The Wizard of Oz?...No?...That's okay. Well, there's this one character, the Tin Man..." What's more important? That they understand my analogy or that I get to talk? Exactly!

It's amazing to me how few Dutch folks have seen The Wizard of Oz. They've heard of it or seen parts of it or sort of know the story. That's shameful.

My sister, Kathy, is having trouble figuring out Twitter. Hey, me too! I can do very Twitter basic stuff, like post, and reply to other people, but that's about it. I decided to only follow people I even sort of give a crap about. So, of course, I'm following Kathy, but I'm also following Ashton Kutcher and Demi Moore - because they are like the king and queen of Twitterland. And I'm following Oprah, Brenda Dayne, Rachel Maddow, Ana Marie Cox, Louise Robertson and Stephanie Pearl-McPhee. All the big names. (There are also some very nice people I actually know. I just like dropping names.)

And Stephanie Pearl-McPhee is following me, which I'm sure she did out of Twitter-pity because she doesn't know me from Adam. Somehow Levar Burton showed up on my feed. And Tony Robbins came with the welcome package.

Twitter is such a strange thing. It's almost like Second Life, which is a crack vile I never opened. But I think it's less toxic than a lot of things. The problem is that there's so much lingo and there are all these abbreviations. I've got to figure it out so I can run with the big dogs.

I meant to swing around and connect my lessons today with Twitter and I can't do it. Is there a Twitter for Dummies online somewhere?
Posted by Andy Baker at 10:41 PM

I made my better half sit down and watch the Wizard of Oz during the Christmas break this last year. He kept referring to "The Wiz" and I just couldn't take it anymore. He had to see the REAL THING and appreciate it, even if it killed him. After all, he makes me watch Dutch humor sketches from the past.
Unfortunately, TWOZ just doesn't have the same impact on a 40 year old as it does on kid. The flying monkeys are just not as impressive these days and didn't scare him like they scared me 40 years ago. Still, I love that movie and now that we have the DVD I think we'll be watching it EVERY Christmas. Want to join us next year?

I have seen the Wizard of Oz all the way through, but I don't care if I never do again. It's just, plain weird. The story is weird, the effects are pretty rubbish (OK, they're also pretty ancient and I'm sure they were good at the time), the songs aren't great, the whole premise of the wizard is weird. In short, it's a weird film.

This is how friendships end and wars begin.

You need to know about http://search.twitter.com/
and
http://favrd.textism.com/most

What made twitter really big was SXSW last year, where people would tweet that they were at some cafe and you should come too for a drink.

I have a new tshirt, with a Tin Man who has a broken picture icon where his heart should be. People at work DO NOT get it. So I have been talking a lot about TWoO lately.

Bring it on, Baker!

I'm not scared of you or your (unconvincing) flying monkeys!

Err... I have to say the same as the guy Alastair above: weird, weird, weird ! (and now you will block my comments forever)

And thus begins the resistance!