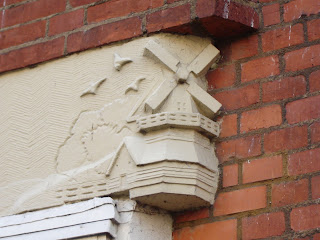 There's a big fuss being made right now about the four hundred year anniversary of the founding of New Amsterdam in New Netherland by the Dutch. Interestingly (or not), I have just started listening to The Island at the Center of the World. It's about the very first days of NYC, when it was still called new Amsterdam. I heard about it right after I moved here from a woman I used to know who I no longer talk to. She was an interesting friend for a while and then something happened and we realized we were just not that into each other any more. I sometimes think of something I'd like to tell her, but then I get over it and I realize that it's probably better to just forget it.

It reminds me of Iyanla Vanzant and how one time she was on Oprah and she was talking about relationships. She described 'life paths' as us all being on different roads. Sometimes our paths cross other roads and they become one road for a while. Then they veer away again. So there's nothing to be pissy about. You're just following your road, and they're following thiers. That's how I feel about this woman. I'm sure she's doing very well. She was a part of a dinner group we had for about two years. She was fabulous in that, but not so much after it broke apart. It was a very situational friendship.

Anyway, the book is really good. It's a fascinating story. It starts out with someone with very specific language skills being shown some old documents and translating them. I haven't gotten very far. I'm looking forward to listening to it. It's good knitting material. The New Yorker in me likes the NYC history. And there's all that Dutch history, which is good to know. Apparently the tolerant atmosphere of Amsterdam was replicated in New Amsterdam, which is why NYC has such a different tone than the rest of the country. I love that I've chosen to live in both places.

That woman also read Pigeons: The Fascinating Saga of the World's Most Revered and Reviled Bird. Being a city girl, she had a feeling for pigeons. She was a good reader. I used to be a good reader. I'm not so much any more. Of course I used to commute and wait for elevators, so I was always reading doing that. I don't do either of those things any more. I'm on the bike and I've always got that ipod going. Times change.
Posted by Andy Baker at 8:57 PM